KENYA VIDEO SEA and SAFARI aspires to explore a country with many suggestions.
A journey where the mythical image of Africa is tinged with the marvelous reflections of a wild and uncontaminated nature, merges with the contrasts and the colors of the different landscapes, is mixed with the embrace of the white beaches.
A mission to the perfect view finding of landscapes and animals of the savannah.

From Marsabit National Park to the north, the National Parks of the Masai Mara and Amboseli south, the plains of Kenya, along with those of neighboring Tanzania, is the best place in the world to admire the wildlife.
The Mount Kenya and Aberdare, the Laikipia plateau and the Matthews Range, the archipelago of Lamu and the rest of the Kenyan coast, offering spectacular and evocative experience that all travelers should do at least once in their lives.
The Masai Mara is probably the most universally popular national park for its exceptional population of lions, leopards, cheetahs, elephants, buffaloes and giraffes, as well as the dramatic and disturbing the migration of wild animals, especially the wildebeest, which takes place every year from July to October. But the Masai Mara is not the only show in Kenya. Unparalleled Amboseli national park with epic views of Kilimanjaro, while in the north there are the national parks Samburu, Marsabit, Meru and Laikipia plateau, where the bush is surrounded by elephants, giraffes, Grevy’s zebras and a new population and growing of blacks rhinos.
Rounds the Tsavo National Park, made famous by the pair of male lions “man-eaters”, where its proximity to the tourist coast of Mombasa and Malindi makes it the ideal place to enjoy a different multitude of typical animals of Kenya including the so-called “Big Five” (lions , elephants, leopards, rhinos and buffalo), and other animals such as hippos, cheetahs, giraffes, zebras, antelopes, crocodiles, hyenas, gazelles and to practice bird watching with its over 500 species of birds.
But tourism in Kenya is not limited wildlife. The Kenyan coast, which stretches from Diani Beach, south, north of Lamu archipelago, with its white sandy beaches and turquoise sea, especially from November to March, they combine to make this truly world class marine experience.

Hearing, sight, smell, touch, taste. The animals of the savannah as they use the five senses? As would be expected each species has developed the sense that it turns out to be essential for its survival.

Video of the Kenya Tourism, where you can observe the different environments that characterize this country.

A photo safari helicopter ten days in Kenya with Tropic Air. Starting from Nairobi and flying north to the Lewa Wildlife Conservancy, the Mount Kenya, the Lake Bogoria, the Pokot tribe, the Magado Crater, the Painted Valley in Suguta Valley, the Lake Logipi and ending at Lake Turkana. If you are looking for something special to add to your basket, and you can afford it, then this is just the place for you.

Places with spectacular wildlife and beautiful scenery. Kenya is one of those places.
A trip to remote parts of one of the most beautiful places on earth. Images from wildlife, landscapes, and all the natural beauty of this country.

Another vision of the meaning of life.

Video shot in the vicinity and on Watamu beach in Kenya.

An amazing 4 day Safari in 3 different parks: Tsavo West, Tsavo East and Amboseli.
Next, Watamu Beach, 5 km of white sand and crystal clear warm waters. The climate is regulated by the winds called Kaskazi and Kuzi.

An unforgettable trip flight from Diani beach to Masai Mara.

The annual migration of wildlife takes place in the Masai Mara in Kenya and Serengeti in Tanzania. It is known as the “Great Migration” and is one of the most iconic events in Africa. One of the biggest obstacles that migratory animals face is the powerful Mara River.

The African savannah. It is a biome especially tropical and subtropical, characterized by a vegetation in grassy prevalence, with shrubs and trees spaced enough not to give rise to once closed.

The Mara River runs through the plains of East Africa, allowing the development of one of the largest terrestrial ecosystems. But at the top, the combination of forest deforestation with large cultivated land threatens the habitat life.

Survivor! An extraordinary and exciting video.

Raiders of the savannah.
A superlative exceptional photography and filming of special predation techniques with special effects.

Girl grew like a Bushman walk with lions and puts herself at risk with a group of cheetahs.

The Seven Secrets of Africa Animals: Serval, Porcupine, African Wildcat, Aardvark, African Civet, Pangolin, Genet.
Africa has perhaps the largest combination of density and diversity of wildlife, with large carnivores (such as lions, hyenas and cheetahs) and herbivores (such as buffalo, elephants, camels and giraffes) that roam freely on primarily open plains. It is also home to a variety of animals including snakes, primates and aquatic life such as crocodiles and amphibians. In addition, Africa has the largest number of species of megafauna, as has been least affected by the extinction during the Pleistocene epoch.

The wild life. The Serengeti, the great African adventure.
This documentary presents the large animals, in the most dangerous areas of the Serengeti. This impressive Epic presents the circle of life and gives viewers impressive images of distant scenery and the immense diversity of flora and fauna of Africa.

Magical Kenya. The experience of a different safari every day.

All the magic of Kenya. From Nairobi National Park to Lake Nakuru. From Lake Naivasha to Lamu, kenya’s oldest populated city, one of the original Swahili settlements on the east coast of Africa. Kenya has everything and more!

A short trip through Kenya by sea to the savannah.

National Geographic Animals. The crocodile attacks! The most lethal in the world.

Life in the wild paradise of the Serengeti.

The most dangerous animals of Africa.

A river full of life and death flows across the plains of East Africa, the vital element of a large area in the jungle. Every year it brings life to millions of beings and death to thousands of them. 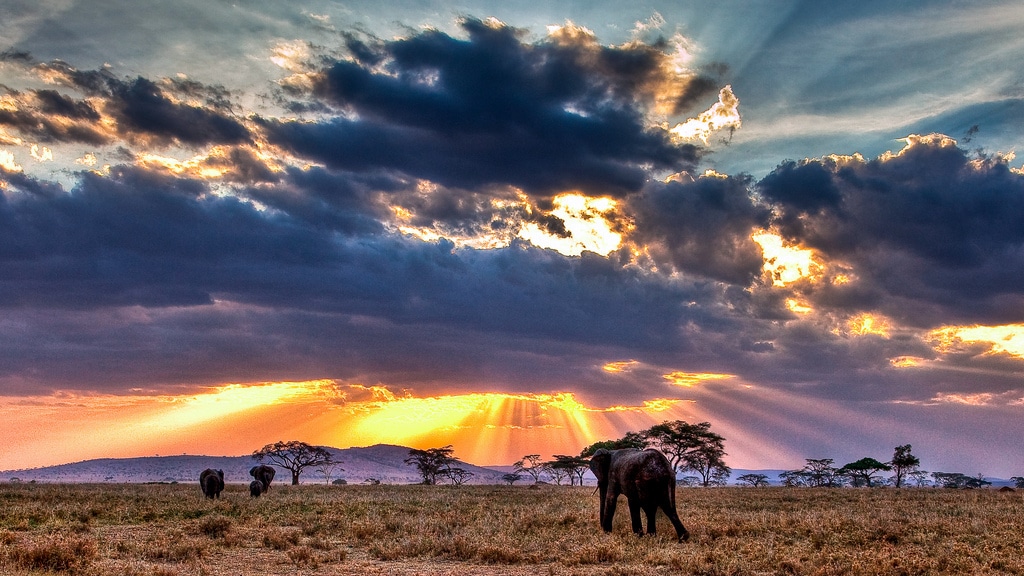 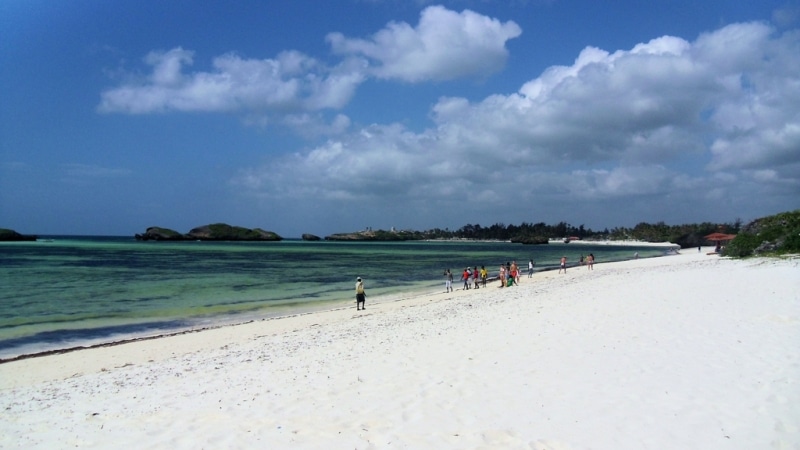 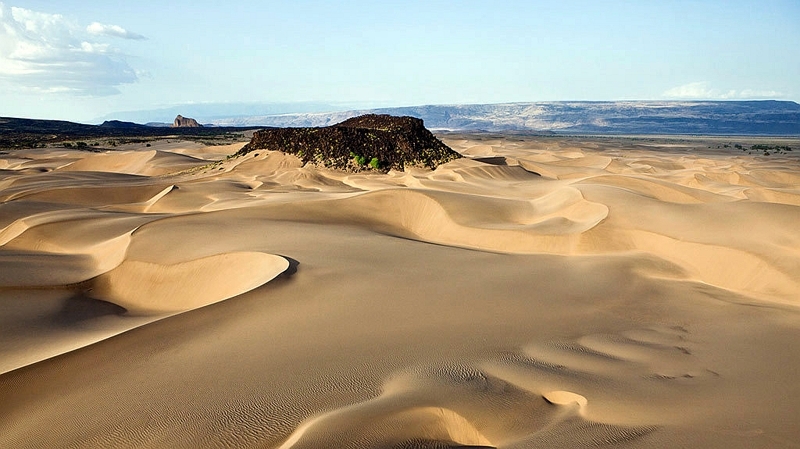 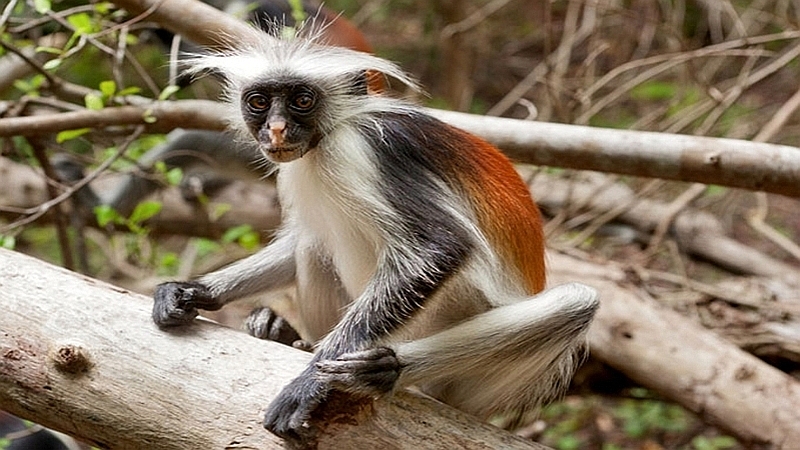 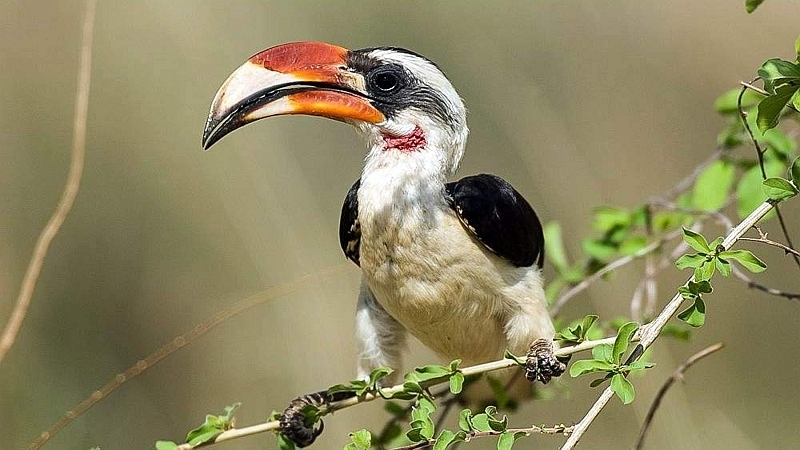 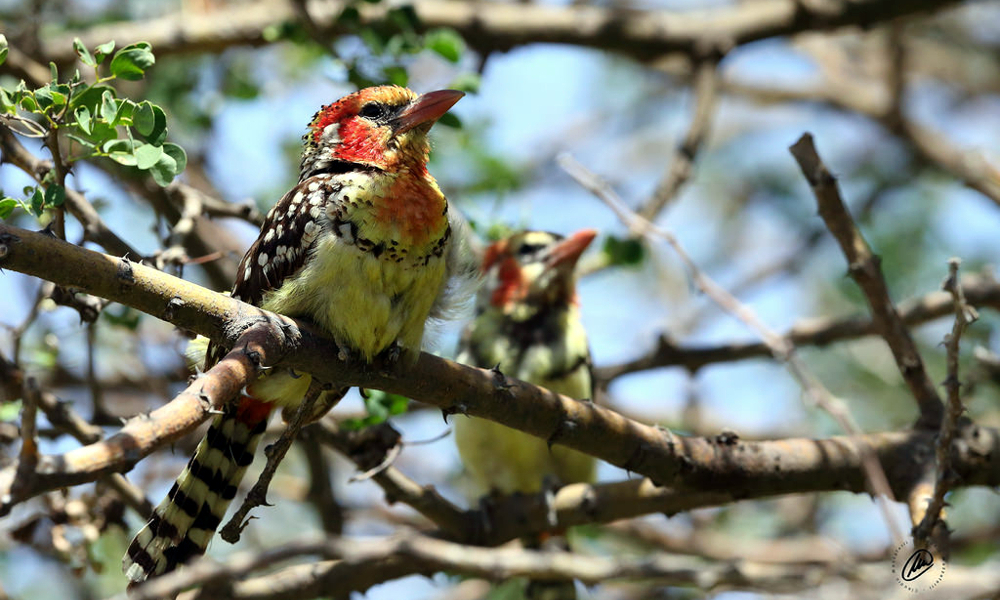 Kenya is home to 1089 species of birds, 11% of the world’s wealth, 60% of African birds, and is one of the best destinations in the world for bird watching.
Kenya Bird Checklist, lists all bird species found in Kenya, and is based on the latest available information.

The widow of Jackson – Jackson’s Widowbird – ( Euplectes jacksoni ) is a small bird that for most of the year looks pretty boring; brown striped plumage, beak and pink feet.
However, during the breeding season the male becomes a more seductive example in an attempt to attract a mate. The males develop a glossy black plumage, except for a brownish stain on the shoulders and a bright blue-gray beak. They also develop a beautiful tail curled, about 20 centimeters long, and a shiny black collar.
The male, which is about 40% heavier than the female, performs its new and eye-catching plumage in a bizarre and elaborate jumping competition to attract the boring females, who have yellowish-brown plumage and a short tail all year. Throwing her head back and arching its tail feathers, the male makes repeated jumps, high up to a meter, accompanied by a verse rattling.
The demanding female will choose a mate for coupling according to the length of its tail and its performance. In addition, preference will fall on the male jumping not only higher, but also jumping longer.
The widow of Jackson is located in the highlands of western Kenya and central (eg. Masai Mara Reserve) and in the highlands of Ngorongoro in northern Tanzania. 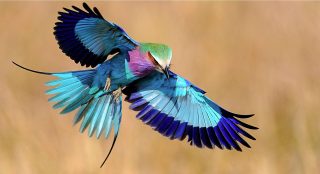 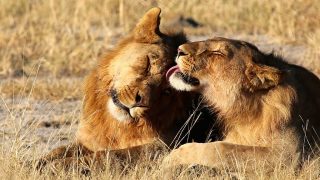