Not only safari and animals, but also palms, sea and beaches. 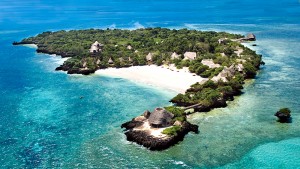 When you touch in Europe temperatures close to zero, it seems impossible to think that he can wear a swimsuit, a sarong, a pair of flip-flops and dive with turtles between beaches that surface at low tide, hike in ‘ dhow ‘ and snorkeling with dolphins or dive in most famous parks.

Yet there are places where the summer is at its peak. Just eight hours flight from Italy to Kenya, is a force of nature and a charming destination suggested.

The African jewel overlooking the Indian Ocean, with its 400 km of coastline full of shells and protected by beautiful corals that form long lagoons where they live colourful fish. The Palm forests provide shade and create the ideal setting for a dream landscape.
Africa is present with all its colors: ebony kind and smiling faces, the turquoise sea, the deep green of the vegetation, the yellow of the Savannah, the intense blue of a sky that never ends.
It says Kenya and is expected to Savannah, the great migration and the Kilimanjaro snow covered.
But the destination of the moment is all in the realm of wild nature, authentic culture and more crystalline sea. What’s better for winter and the holidays in contrast, spend warm, facing the beautiful adventure with his family, to come home laden with unforgettable memories?
A tropical paradise, the North and South of Mombasa, Coast underpinned by small villages, white sandy refreshed from the shade of the Palm trees. In front, the quiet blue waters of the Indian Ocean.
Kenya offers a long series of beaches, all joined by the common denominator of being close to the equator, and then with a summer climate for 365 days a year. There are times more or less rainy, rainy monsoons occur usually between March and may and from October to December, but temperatures remain on delicious values, allowing you to enjoy a holiday by the sea in any month of the year. Just in January-February the values can become very hot, but just a dip in the sea to forget of the afa. Note also that the great advantage of the sea of Kenya is that to match to the experience of the sea also the fascination of Safari in the many National Parks in the State.

To be reckoned with in Kenya is the tidal phenomenon that makes one different from the other days.

The beaches of Kenya beginning from the border of Somalia and come up to the frontier with Tanzania, virtually seamless. To the Northeast is the Lamu archipelago area, in the heart of Swahili culture with beautiful beaches such as at Kiwayu Island or Manda Island. Certainly one of the most rapidly growing areas is the one located in the Centre of the Kenyan coast: resorts such as Watamu and Malindi don’t need presentation, while other locations are the emerging Mayungu and Mambrui.

Moving to Tanzania is to remember Shanzu Beach, and then from Mombasa to the South is a succession of splendid white beaches. In this area the villages emerge Diani with the enchanting Chale Island and Tiwi Beach, well known by tourists.
If, then, there are beaches and sea to boredom, you are already in Kenya you can not miss the experience of a safari. 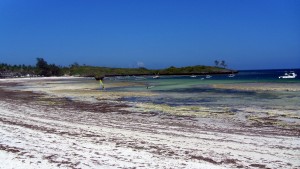 The phenomenon of tides.

Check out on this site the Tide Tables and the Solunar Tables.
Choose the site by tides of reference closer to your town in Kenya.

The phenomenon of the tides is a natural occurrence, you can see so marked in a few places in the world. The ups and downs of the sea, influenced by the moon phases, is found in every ocean, even in the Mediterranean, but here, is much sharper, you can “touch”! It feels so much more tangible, especially in stretches of coast where the beach slopes more gently, and where there are coral reefs.
Coral reefs in front of the coast from Malindi to after Watamu, (about 20 km of coastline) are three. That is why, the big waves of the Indian Ocean does not reach the beaches, and bathing is always a pleasure!!
The various phases of the tides alternate throughout the day, with maturities of around 6 hours alternating cycles of “up” and “down”. Every day about an hour climbing the stage. The moments of greatest difference between low and high tide there are during the days of the full moon, reaching even a “drop” of about 3.80 meters.
This event is not to be considered as a limitation of the place but it is a feature found in most of the coast of East Africa.
Along this stretch of sea, even during low tide, there will still be the total absence of water, but will form the fantastic natural swimming pools, where you can soak in a major as a “jacuzi”.
Or take advantage of the low tide, for walking on the rocks formed by corals (corals are quiet now, but bring the shoes rock!) to discover the colorful sea stars. There you will find huge, red, blue, blue, emerald green sponges.
Or see colorful fish, natural aquaria remained, waiting for high water returns. During these changes, alternating, you can change the colors of the sea, from transparent, to green, to blue, to Turquoise. And always will be a show again!
The alternation of the tides, also controls the entrance and exit of the boats and the fishing dhow, (is beautiful at sunset, sitting on the beach, seeing them fall than fishing) both used boats for boating.
The tides, a gift received from this country.

Here is the list of the most beautiful beaches of Kenya

Location: (When necessary use translators)