Visiting Kenya and its important archaeological sites is to enter into the heart, primordial places where everything began.
The man in search of life.

The history of local dynamics and the study of the processes that operate on different spatial and temporal scales are stressing that the Earth’s surface is modified in response to physical agents who insist on it, whether they are natural and/or man-made. The territory is modeled through the lifting of plate tectonics and volcanism, erosion, river dynamics, climate and human activity. It is therefore important to know the topography of the area in all the physical aspects that insist on it (mountains, lakes, rivers, plains, etc.).

The formation of the Rift Valley, the largest tectonic pit of the world, was due to a substantial climatic and environmental change. It marked the end of dense, uniform blanket of forest that covered almost the entire African continent. The formation of mountains created a barrier that blocked the moist air circulation coming from the sea, the climate became warmer and drier and the environment withered. This led to two very different environments. In the vicinity of the Rift Valley the primitive tropical forest turned into savanna, while the forest survive farther west, along the great rivers.
The lakes of eastern flaw, not having access to the sea, became less deep and have a high concentration of minerals, due to transport operated by rains from neighboring volcanoes, and strong evaporation. Lake Magadi, for example, has its surface completely covered crystallized soda, and other lakes Elmenteita, Baringo, Bogoria and Nakuru are strongly alkaline, while Lake Naivasha has a great biological variety thanks to the freshwater springs that feed it.
The geothermal activity and enlargement of the flaw caused a thinning of the lithosphere up to a thickness of only 20 km, when the continents the typical thickness is 100 km.
In a few million years, the lithosphere may crack and East Africa may split from the rest of the continent.

Volcanic activity and unusual concentration of hotspots has produced the volcanic mountains of Kilimanjaro, Mount Kenya, Karisimbi, Nyiragongo, Mount Meru, Mount Elgon and the volcano Ol Doinyo Lengai, which is the only volcano in the world natrocarbonitico (presence of carbonates of Na, Ke, Ca).

The Rift Valley has been a rich source of anthropological discovery. The sediments of the valley, due to the rapid erosion of the highlands, have created an environment conducive to the preservation of human remains. They are in fact found numerous bones of hominid ancestors of modern human species. The famous pair of anthropologists Richard and Meave Leakey has operated mainly in these areas. 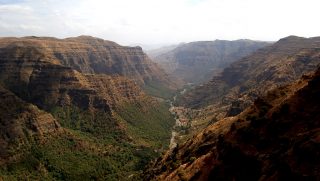 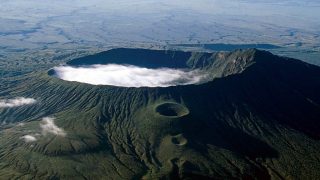 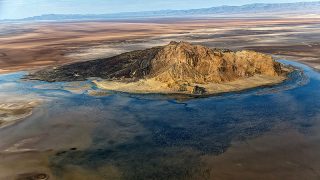 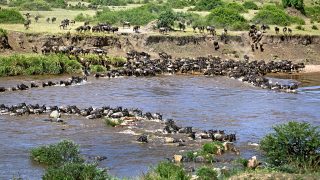 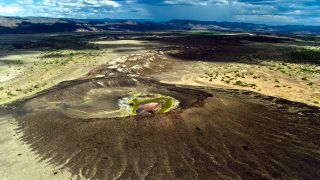 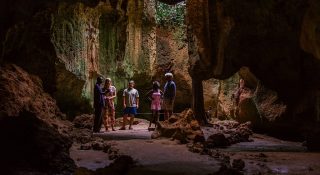 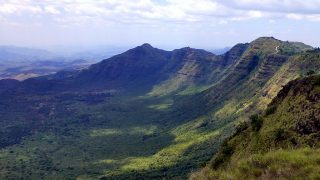 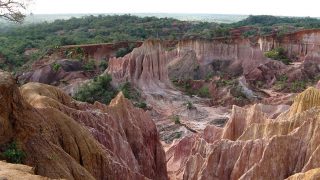 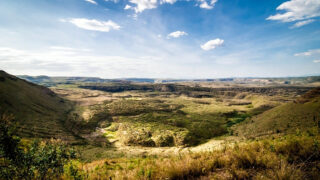 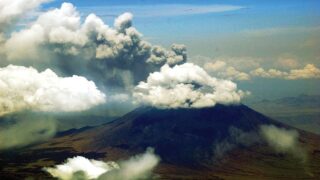