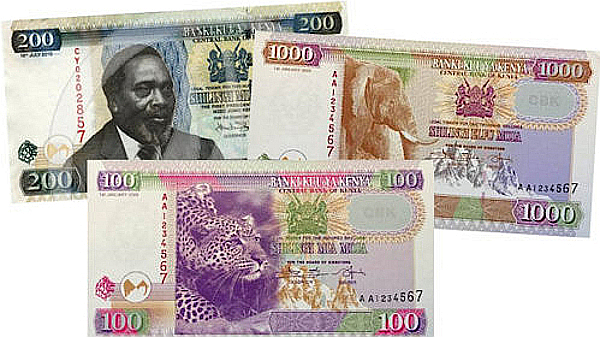 December 11, 2018
THE CENTRAL BANK OF KENYA IS GOING TO START CIRCULATING THE NEW CURRENCY

The agreement with the CBK will allow the government to comply with the Constitution, according to which “notes and coins issued by the Central Bank of Kenya can carry images that depict or symbolize an aspect of Kenya, but they must not bear the portrait of an individual”.
The Kenyan currency currently carries images of former presidents Jomo Kenyatta, Daniel arap Moi and Mwai Kibaki.
After winning a three-year contract for 11.1 billion KShs to design and produce the new generation currency of Kenya, which was set to take effect from the new year 2019, the British printing company De La Rue is already at work..

The 1000 shillings notes will therefore no longer have the effigy of the “father of the homeland” Jomo Kenyatta, but the profile of an elephant, while the lion will replace him in the 500 and 100 shillings will be the leopards to “retire” the second president of Kenya, Daniel Arap Moi. Rhinos for the 200 shillings and buffaloes for the 50 complete the list of the Big 5, the fabulous five faunistic attractions of Kenya.
The 1 KSh coin will now bear the image of a giraffe, the 5 KShs coin a rhinoceros, the 10 KShs one lion and the 20 KShs coin will identify an elephant. The coins have also been minted with features in relief that will make them easy to identify.
The new notes and coins issued will circulate next to the old ones which will be gradually eliminated.
To note the decision to abolish the 40 KShs currency.

New banknote of Kenya from 1000 Kshs 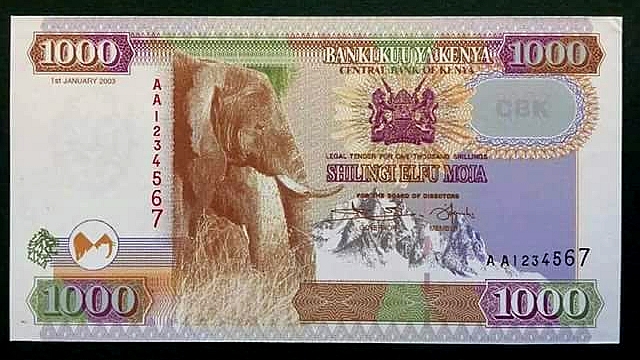