The climate of Kenya can, in the first instance, be defined as equatorial. However its geography turns out to be rather complex and therefore the climatic differences between the various territories are also very evident.

The climate, very hot and humid in the coastal regions, becomes milder and more dry in the heart of the country, in relation to the altitude. The rains are concentrated in two periods of the year: from March to May the great rains, while from October to December the rains are intense but short.
The dominant environment is that of the savannah, protected by numerous natural parks that cover about 10% of the national territory. On the slopes of the mountains and along the rivers there are traces of the original rainforest; while in the north, in the less rainy areas, the savannah fades into the desert. The savannah is the habitat of large herds of herbivores (antelopes, gazelles, giraffes, buffaloes, zebras, elephants) and their predators (lions, leopards and cheetahs). Hippopotamuses and crocodiles live in the waters of the lakes and rivers.

We will divide the territory into 4 distinct bands according to their geography and, consequently, to the climate.

Coastal band
Generally sandy and with few headlands, the coastal strip (which to be intended hosts Mombasa, Malindi, Lamu) has an equatorial climate slightly mitigated by the breezes and the proximity of the Indian Ocean. Nevertheless the maximum temperatures are always quite high as well as the humidity. Rainfall is concentrated in two main rain seasons. One, more abundant, between April and May, and a second between October and November.

Inland plains and northern Kenya
This is the central area of ​​Kenya and the northern one. In these areas, quite far from the sea, the climate is very hot and dry throughout the year. Daytime temperature variations can reach values ​​of up to 30° C. Poor rainfall. The distance from the sea and the full equatorial zone brings a climate practically free of seasonal variations.

Central and western area
It is characterized by the highlands with an average height between 1600 and 2200 meters. The capital Nairobi, for example, is located in this area. The climate would also be particularly hot here if it were not mitigated by the height above sea level. The rains are mostly concentrated in April and May. Even in this case there are practically no seasons except that the months from April to September are a bit ‘fresher.

Mountain areas
Kenya is home to some of the highest peaks in all of Africa. Mount Kenya (5199 meters) and above all the Kilimanjaro in neighboring Tanzania (5358 meters) present, obviously, alpine climes quite different from the rest of the state.

The weather throughout Kenya

By clicking on the link and choosing the location you will know:
* the current climate situation
* weather forecasts
* monthly weather averages related to:
– temperature
– rainfall
– humidity
– wind
– conditions of the sky
– solar radiation

The weather in Malindi and around the world

Time all over the world and in all languages

The weather now, every hour and for 10 days

The weather now and for 10 days, as well as sun, moon, wind, humidity, pressure, etc. 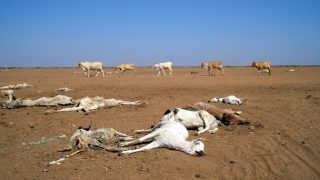 Two faces…
of the same coin.

This site is not the result of the merger of many professionalism. It is not a group specializing in web marketing and direct offers to the consumer. It is not a hard core of serious professionals. On this site there's a passion for nature and especially animals. The world of illusions that you continually base, rather than the experience of reality, you have to leave it behind. He arrived in the African savannah after an experience in the Amazon rainforest of almost three years, he advises those who want to deal with humility, but perfectly informed, a trip, a vacation or a foreign travel to Kenya. He does not know what is the "Africa sickness" (Mal d'Africa) , but was able to see that colonialism was the "worst evil of Africa". View more posts